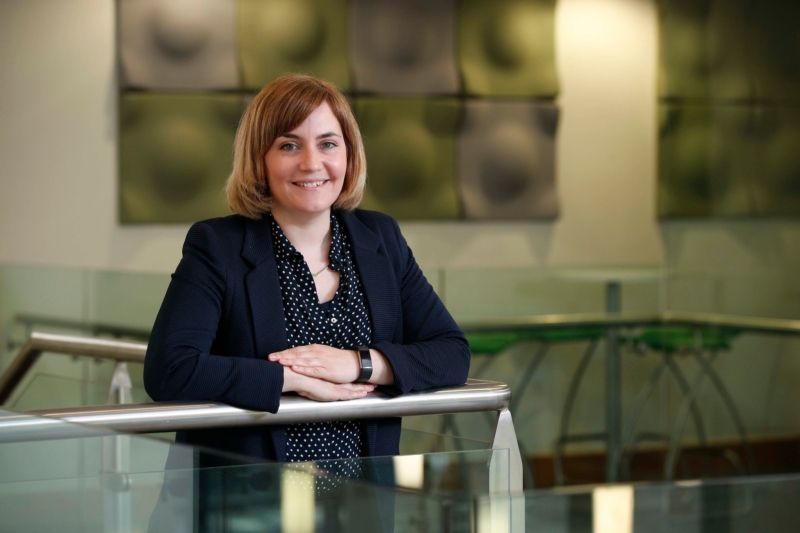 What was your first job?
It was as a runner or ‘go-for’ on Channel 5’s ‘Pepsi Chart Show’ – I was responsible for answering various c-list popstar demands such as removing the blue M&Ms from their rider. The last TV job I did before changing career, was as science producer for the Professor Brian Cox series ‘Human Universe’, where I produced a film shoot on the International Space Station, dodged some polar bears in the Arctic and drove a Tesla over the Golden Gate Bridge. Thankfully there wasn’t a blue M&M in sight!

What qualifications do you have?
A Masters in Chemistry from the University of Oxford, a diploma in documentary film making from New York University, an MSc in Business Development and Innovation at Ulster University. I am currently studying part-time for a Phd in microeconomics, which is very much helping me to develop new collaborative supports for ITI.

What do you attribute your success to?
Still getting there with the success part, but I’m an advocate of listening more than speaking, having a good sense of humour and keeping focused.

How would you describe yourself to someone who’d never met you?
Honest, sincere and enthusiastic.

Who do you look up to in business?
I had the pleasure of meeting my hero Michael Porter at a conference in Harvard Business School last year. An incredible thinker, speaker and innovator whose work continues to have an immense impact globally.

How do you get the best out of people who work for you?
Be trusting, fair and don’t ask anyone to do something I wouldn’t consider doing myself.

If you could change one thing about doing business, what would it be?
More cross-border collaborations. In fact more collaboration full-stop! This continues to be a strong area of focus for InterTradeIreland to support relationship building and partnerships to stimulate trade and innovation.

What website or app could you not do without?
WhatsApp, it helps me to keep in touch with family and friends and to enjoy lots of conversations at once!

What was the last book you read?
Face It by Debbie Harry – a Christmas present from my sister.

Tell us something interesting about yourself?
I spent four months working for a civil society organisation in the Himalayan Kingdom of Bhutan, discovered a love of ema datshi (cheese and chillies) and found that with the right amount of layering, I don’t need central heating!

What’s your greatest passion outside work and family?
Last year I (tried) to learn how to sail at East Down Yacht Club. I’m hoping to get back out on the water again this summer. Roll on the long evenings!