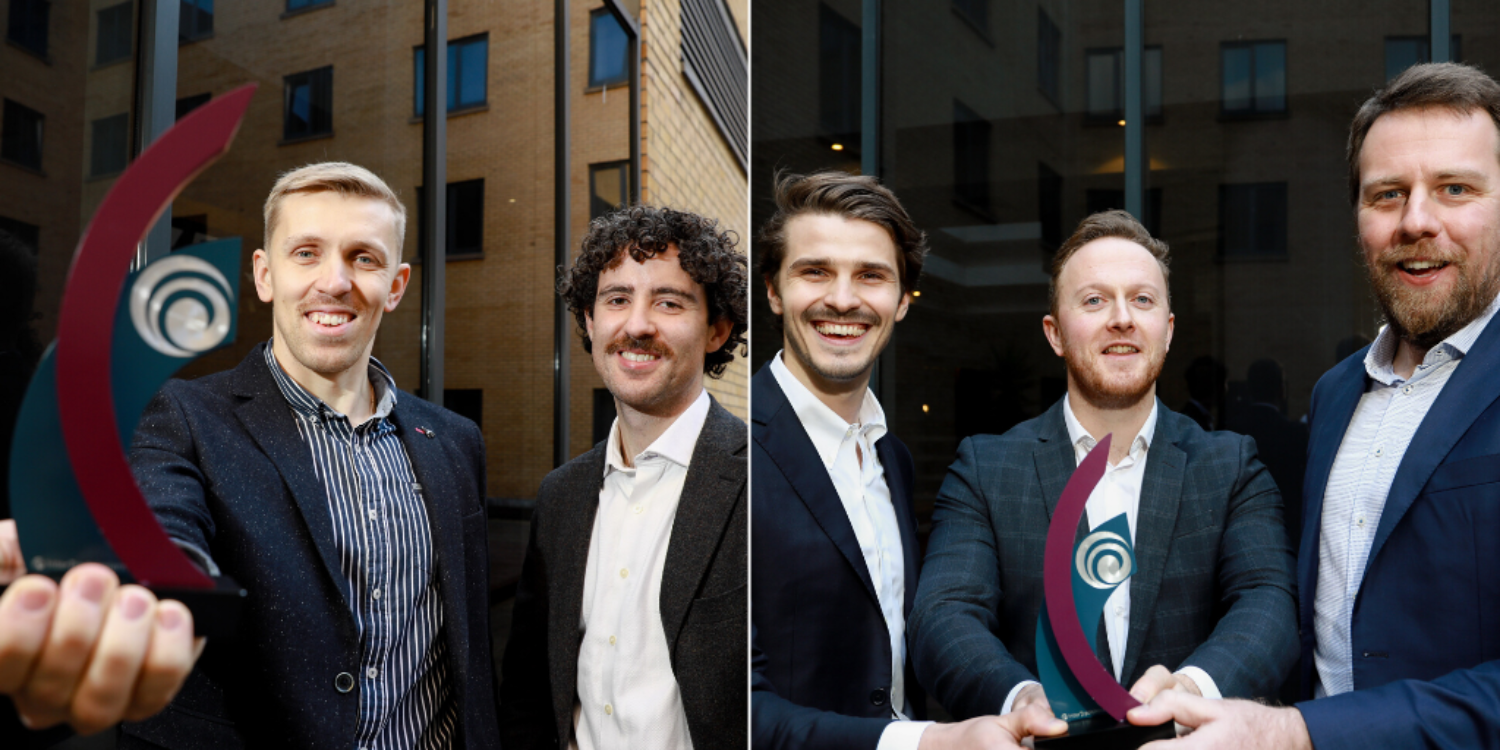 Two up-and-coming companies from Dublin, thriftify and Output Sports Ltd, have been have been crowned ‘Best New Start’ company and ‘Best Early Stage’ company respectively, each walking away with €20,000, at the Dublin Final of the 2019 InterTradeIreland Seedcorn Investor Readiness Competition. Both companies fought off tough competition having delivered an investment pitch in front of an expert judging panel.

Seedcorn is the island’s biggest business competition for innovative new start and early stage businesses in any sector. The winners from each of the four regions will go onto compete in the all-island final in Dublin on the 28th November where the overall ‘Best New Start’ and ‘Best Early Stage’ companies will be announced winning €50,000 each, and ultimately the ‘Overall Winner’ who will pocket €100,000 to contribute to their business growth.

Established in 2018 by Rónán Ó Dálaigh, Rahil Nazir & Timur Negru thriftify, has developed an e-commerce platform, which enables charities to automatically value, price and upload their donated items for sale to the public.

"We are delighted to be chosen as ‘Best New Start’ company in the Dublin Final. To date, our customers have put over 500,000 donations through thriftify and with this data we estimate the charity retail sector can be transformed from a €2bn bricks and mortar based market to a €20bn e-commerce based one. We plan to use the prize money on direct marketing to help raise our profile, as well as invest in our operational capacities.”

Output Sports Ltd, was established in 2018 by Dr. Martin O’Reilly, Dr. Darragh Whelan, Julian Eberle, Prof Brian Caulfield. The company is developing a wearable monitor for athletes capable of measuring multiple components of fitness such as power, balance and flexibility and plan to launch the system in early 2020.

"Winning the ‘Best Early Stage’ category at the Dublin Final is a great achievement for us. Our prototypes will have been used by over 30 professional teams including international and premier league football teams, professional rugby organisations and Olympic athletes by the end of the year. The prize money will help accelerate the commercialisation process of the company, initially we aim to expand the team and accelerate growth in Europe and the US.”

To date, InterTradeIreland has supported over 2,300 enterprising companies through the Seedcorn process. With almost €254m in equity funding being secured by entrepreneurs who have entered the Seedcorn competition it emphasises its position as the premier competition for high growth start-up companies on the island of Ireland.