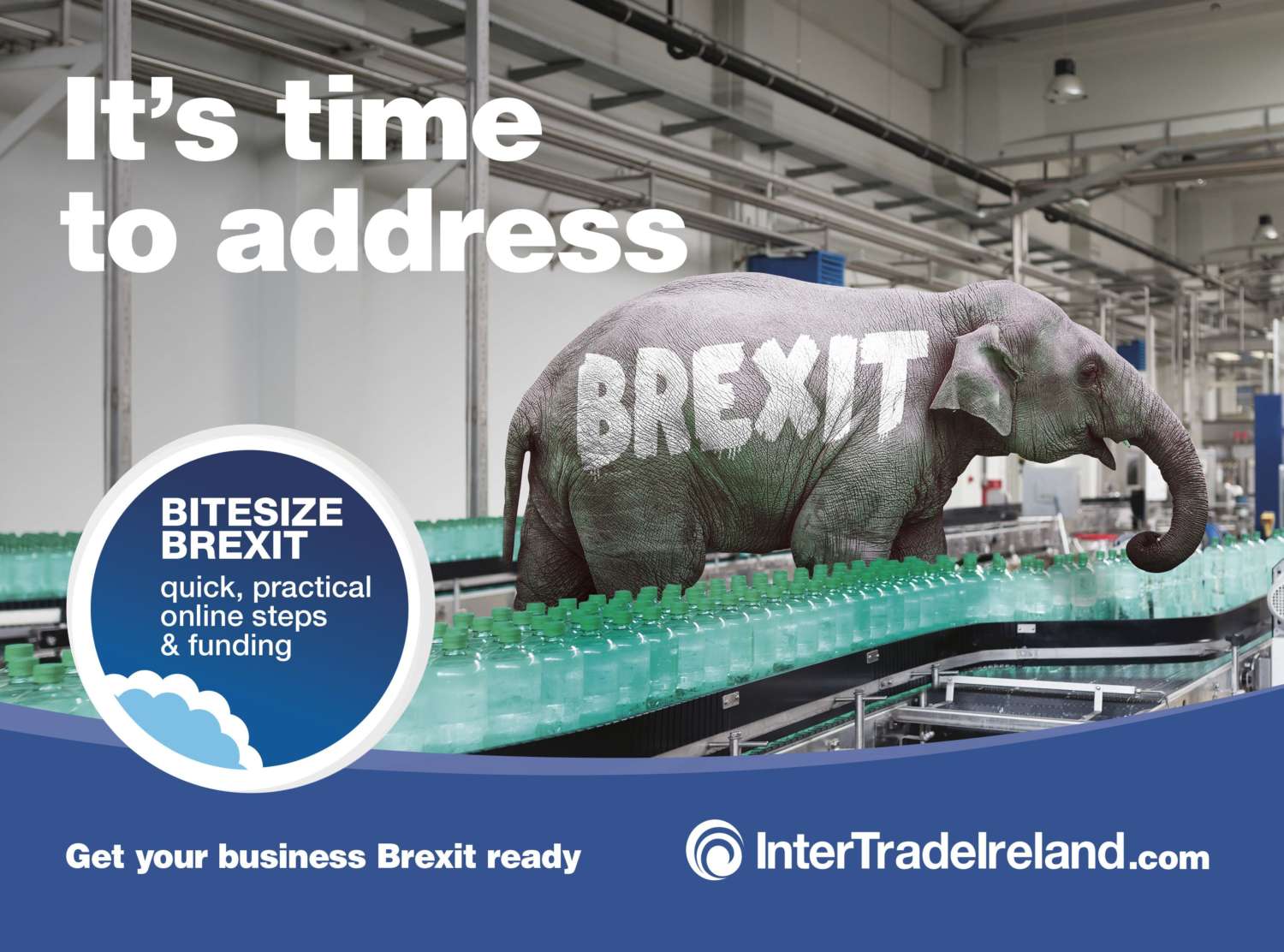 Brexit becoming too big for cross-border businesses to ignore

New research commissioned by InterTradeIreland underlines that while Brexit is looming large in the background for businesses, most firms are opting to pay no attention to its potential impact.

The startling figures from InterTradeIreland’s fresh survey reveal just six per cent of cross-border traders are prepared for cash flow and liquidity issues in the event of a no-deal Brexit.

Only the same worryingly small amount (six per cent) have examined the possible legal implications on business contracts if the United Kingdom leaves the EU. The consequences if market access changes, mean businesses could be exposed to significant additional costs, unless they take steps to protect themselves now.

Coming as InterTradeIreland launches a new campaign to encourage cross-border traders to plan for Brexit, the research underlines the need to companies to start acting now.

Aidan Gough, InterTradeIreland’s Designated Officer and Director of Strategy and Policy, says: “Ignoring Brexit is a bigger issue than not preparing for it. Failing to take into account how it may impact your business could be very detrimental down the line. We want to reach as many SMEs as possible to help them prepare, that’s why InterTradeIreland is launching our new campaign.

“This will be a significant departure for InterTradeIreland. It recognises that Brexit is the “elephant in the room” and with the deadline of October 31st fast approaching, Brexit is now just too big to brush under the carpet. We think this approach and striking visuals will resonate with busy firms on many levels.

“InterTradeIreland is also expanding its offering to include “Bitesize Brexit”, a new online space that is a one-stop shop for cross-border traders. As the name “Bitesize Brexit” would suggest, all of the information is in a very digestible format and includes specific actions that businesses can take now, to prepare for Brexit. At the moment there are around twenty thousand cross-border traders on the island of Ireland. A substantial proportion of these are micro-businesses, particularly vulnerable to changes in current trading arrangements, and are more likely to be reliant on the cross-border market as their only export destination.”

The new research also shows continuity of supply is an additional problem that could hinder cross-border businesses and the ability to trade, but only less than one in ten have taken steps to interrogate their supply chain.

Tariffs are a further issue that could strike at the very viability of SMEs in the event of a hard Brexit. InterTradeIreland’s latest Business Monitor highlighted that just 12 per cent of SMEs that trade across the border have looked at the possible impact of extra taxes on their business.

If you would like help to prepare your business for Brexit, you can find more information here.